Ghana’s television and radio presenter Nana Aba Anamoah and one of the finest singers in the country, Wiyaala have been selected to be at Queen Elizabeth’s upcoming 90th birthday party. The British High Commission confirmed the news on their official twitter handle and expressed their delight in hosting the presenter and the sensational musician at their upcoming event which is scheduled to be celebrated on April, 21 2016. They added that Nana Aba Anamoah will be interviewing guests as they arrive at the party and Wiyaala will be doing a live performance with her band for them. GhOne TV will also be doing a live report of the Queen’s Birthday Party.

Nana Aba Anamoah was formerly with TV3 but left due to a social media controversy and now she is currently with GhOne TV. Also, Wiyala has been described by many as Africa’s fast rising AfroPop Musician. The past few months have been a great one for the songstress and her band looking at the international shows they have been playing.

The Queen celebrates two birthdays each year; her actual birthday on April 21 and her official birthday on a Saturday in June. Below are the tweets from the British High Commission’s official twitter account. 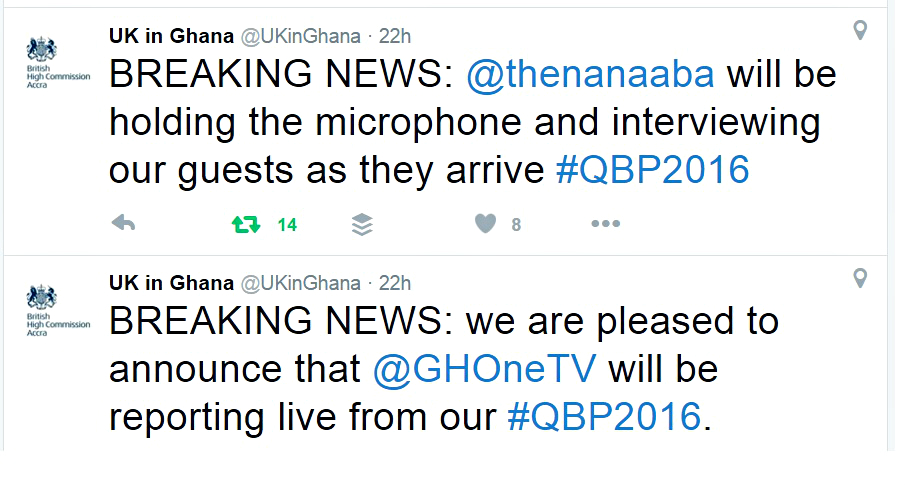 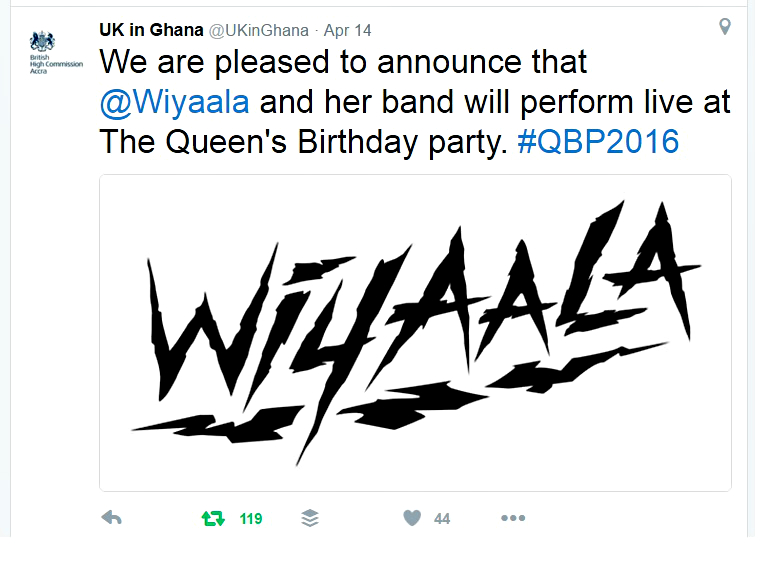