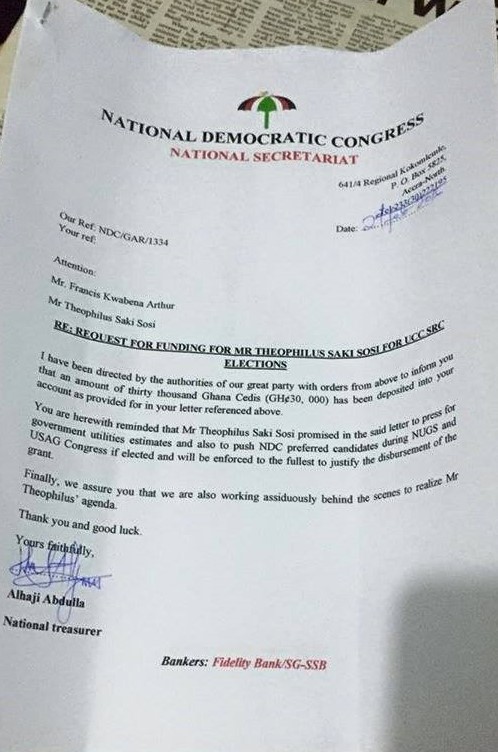 A letter circulating on social media is suggesting that one of the aspirants of the UCC SRC Presidency, Theophilus Saki Sosi is being sponsored by the NDC. According to the letter, which looks like a response to a request on the aspirant’s behalf, an amount of GHS 30,000 has been approved and deposited for Theophilus to campaign for the UCC SRC election.

It was signed by the National Treasurer of the NDC, Alhaji Abdulia

According to the letter, he is being given the money to campaign all in a bid to have him push for the party’s choice of candidate at the NUGS level. Kuulpeeps will follow up on the news and bring you more..