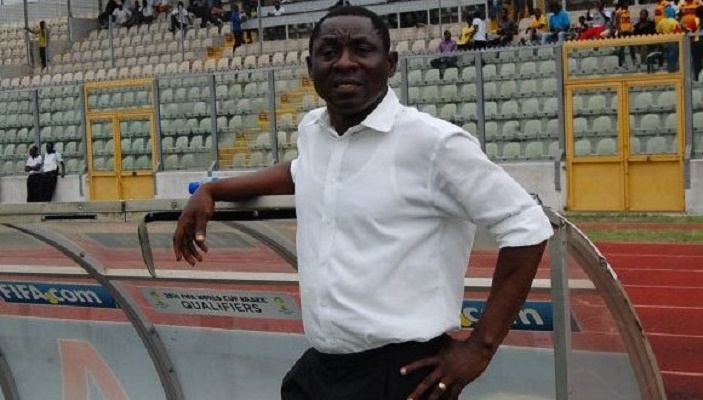 Board Chairman of Kumasi Asante Kotoko, Paul Adu Gyamfi has said that the club’s board is unaware of management’s decision to sack Head Coach David Duncan, neither is it in support of it. The Board was not consulted, he has said.
This morning, the management of Kumasi Asante Kotoko asked Coach David Duncan to “step aside” following a string of poor results recorded by the Porcupines in the 2015/16 Premier League. Kotoko lost 1-0 to Aduana Stars at Dormaa on match day six yesterday. That was the team’s third away defeat since February 20, 2016, when they lost 2-0 to WAFA.
The decision was communicated in a statement from the Communications Manager of the club, Kwaku Ahenkorah. It said:

The decision has become necessary after the club’s abysmal performance in the ongoing Ghana Premier League where Kotoko lies at an unprecedented last position.  Assistant Coach, Michael Osei, takes over as head of the technical team in the interim. Management further apologizes to the teeming fans of the club for the performance displayed so far. We will endeavor to turn the tables and send the club where it duly belongs

The Board is currently in a meeting to communicate its position on the matter to the club’s management.
In a related news, Coach Duncan spoke on Accra-based Atinka FM this morning where he said that he was not ‘stepping step’ as communicated to him by the Management of the Club. According to him, there is no such thing as ‘step aside’ in his contract.

GPL Round Up: Kotoko sinks in Berekum, Dreams Held at Dewu while Yatsuhashi Keeps Soaring!