Kuulpeeps – Ghana Campus News and Lifestyle Site by Students
Home Elections 2016 NPP Parade People Who Are Not NDC To Say They Are NDC-...
Facebook
Twitter
WhatsApp 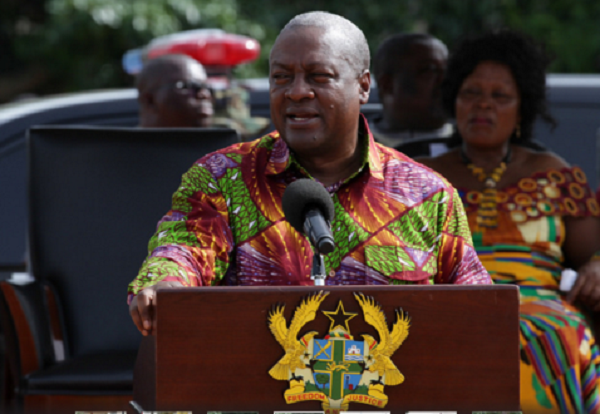 President Mahama has alleged that the NPP parades activists who are not NDC members to come and pretend to be NDC youth and agitate Volta region’s young people by saying that NDC has not done anything for them.

He was speaking to chiefs and people of Keta in the Volta Region yesterday when he made this allegation whiles arguing that every developmental project that has been made in the Volta region in terms of electrification, water among others were made under an NDC government. From Jerry Rawlings’ time to Prof Mills’ time to  his time.

As such , he appealed to the people of the region to ignore the NPP’s claim that his government had taken them for a ride.

Whatever our opponents can do to discourage to make sure you don’t come out in your numbers and vote, they will do. That is why you have known activists who are not NDC members who come and parade and pretend to be NDC youth and agitate our young people and say that NDC has not done anything for you. That is absolutely untrue. Every progress that has been made in this region in terms of electrification, water among others have been made under an NDC government. From Jerry Rawlings’ time to Prof Mills’ time to my time.

He has therefore called on all Voltarians to vote for the NDC in the their numbers to make sure that development is continued in the region.

People Are Trolling Dr. Papa Kwesi Nduom After The Release Of Some Election Results