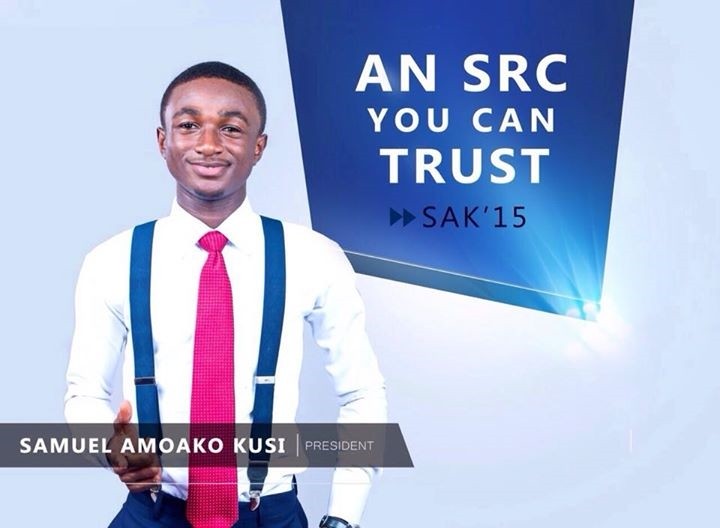 Samuel, a second year Human Biology student beat off stiff opposition from seven other candidates after accruing 4342 of the votes which represents 35.07% of the ballot cast.

Barren any last minute problems, Amoako-Kusi will be sworn in on an undisclosed date as the new SRC president of Knust.

Results as declared by the EC