Kuulpeeps – Ghana Campus News and Lifestyle Site by Students
Home TRENDING News All You Need To Know About the Arrest of the 3 S.A...
Facebook
Twitter
WhatsApp 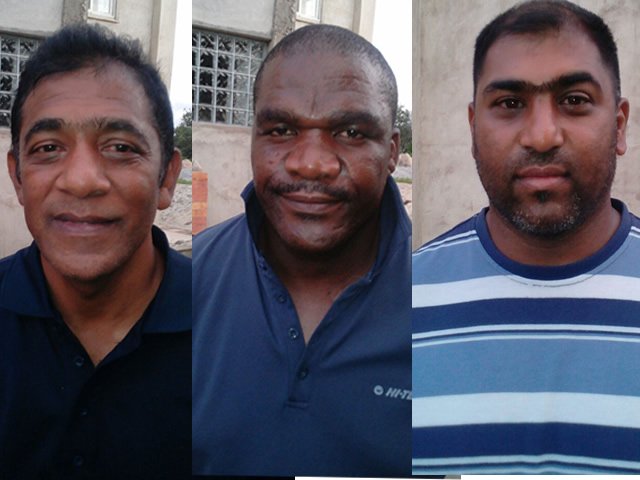 Three S.A Nationals were arrested in the Central Region for suspicious behavior. It was later revealed that they had been contracted by the NPP to train Akuffo-Addo’s security. This is what Kuulpeeps has gathered from the issues surrounding their arrest and various statements from government about their arrest.

3. The three (3) trainers revealed that they are retired police officers of the South-African Police Force. Mr. HAZIS is employed by iMvula Quality Protection as Director of Operations. NAIDU and JOKANI are employed by GLAEXEC Protection Services (GPS) (PTY Limited) of South-Africa as Directors.

4. A comprehensive report on the operations of Superlock Technologies Limited (STL) and an assessment of some key staff’s vulnerability for possible compromise was retrieved from HAZIS’S room. STL is the company contracted by the Electoral Commission to transmit tallied election results.

5. HAZIS denied authoring the document but indicated that it was given to him by DANI ISAACA, an Israeli based in South- Africa. HAZIS claimed he had not read the document which had been in his possession for about three (3) weeks. During interrogation it was evident that he was conversant with the content of the document.

7. HAZIS, the leader of the team, revealed that Captain Edmund Kojo KODA, Head of Nana Akuffo ADDO’s Personal Security, who was in the Ghana Army at the same time as Captain Acquah, contracted him to train the Flagbearer’s Security detail and he in turn engaged the other two (2). He also disclosed that he was in the country in 2012 and worked closely with Captain KODA during the 2012 elections. As a young officer, Captain Koda had been involved in the AFRC regime. Following accusations of corruption he was convicted together with a colleague and incarcerated in the Ussher Fort Prison. They subsequently escaped during a jail break and went into exile outside Ghana.

8. Captain Koda’s current arrest comes on the heels of a previous security alert in 2014, after his name popped up in a National Security investigation of the activities of some Serbian nationals who were brought into the country to train selected people drawn from across the country in the art of civil insurrection. A training dubbed “Assaulting the pillars of power”.

9. During interrogation, Captain ACQUAH denied the claim that he invited the South Africans but indicated that Captain KODA requested to use his facility (EL CAPITANO Hotel) for the training of his personnel. He also indicated that it was purely a business arrangement with Captain KODA and nothing else. CAPTAIN KODA on his part confirmed that he invited the suspects to train his personnel. Captain KODA conceded that with hindsight he should have sought permission from the authorities before engaging in that exercise.

10. A review of the visa applications submitted by the three (3) South Africans revealed that two (2) of the suspects (JOKANI and NAIDU) were invited by Dr. Daniel MCKORLEY, Chairman, McDan Group of Companies while HAZIS was invited by Nana Attobrah QUAICOE, Director of Danquah Institute (DI). Efforts to reach the two gentlemen for questioning have so far not been successful.

12. On 23/03/16, the Ghana Immigration Service (GIS) started an investigation into the immigration status of the three (3) accused persons and requested the BNI to hand them over for further action. They were therefore released on 24/03/16 to the GIS as requested. Meanwhile, in line with regular practice the GIS requested that the BNI provide custody of the suspects.

13. During the course of investigation, the following places were searched: Captain KODA’s residence, Captain ACQUAH’s residence and Hotel El Capitano.

14. The security agencies of Ghana can assure the citizenry, political stakeholders and all who deem themselves to be high value targets to be assured of the commitment of the security agencies and government to provide the required and utmost security as has been exhibited since the commencement of our current democratic dispensation. Should the need arise for any stakeholder to opt for private security as we have witnessed under this index case, we strongly advise that the mandatory legal processes are followed and exhausted. The peace, security and stability of our dear nation and its people shall always remain paramount to government.