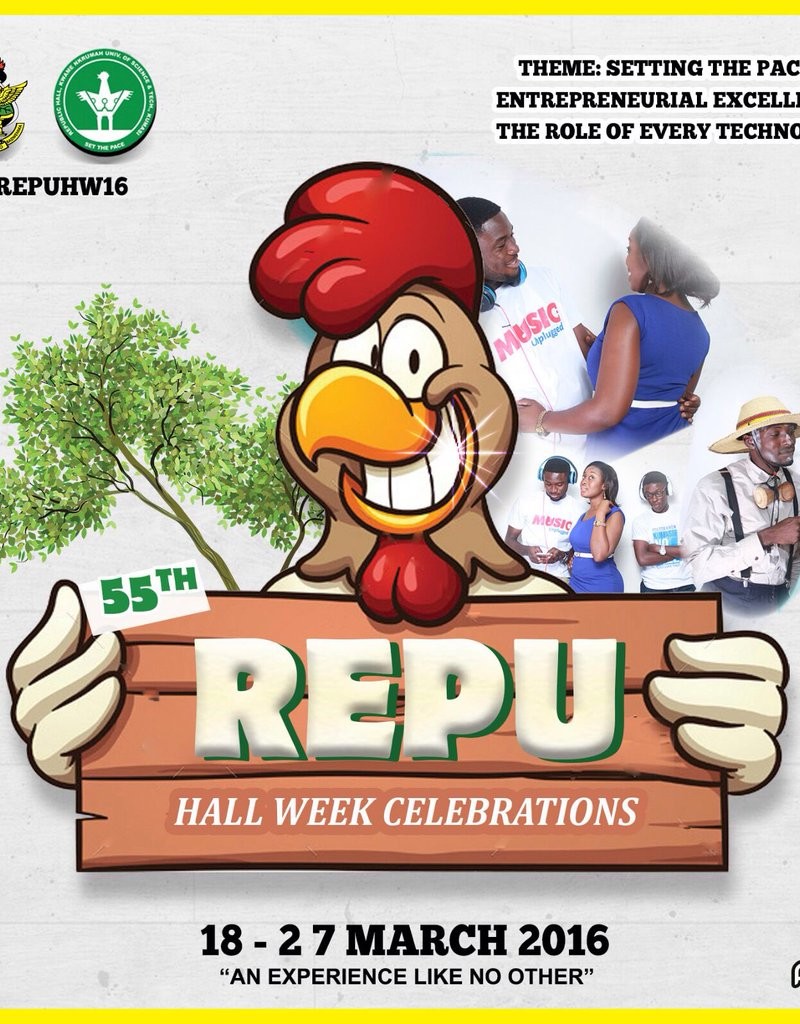 When I asked students walking around and some of the vendors at the over 100 stands at the Republic Hall in KNUST whether there were more or less stands at the hall week, the response across board was a resounding ‘way more’.

That should not be surprising because the Republic Hall Week celebrations in its glory has found a way new way to shine in the day of social media. With stands like The Yam Bar setting up social media pages and activations to promote their stand ahead of the hall week, it made sense that anyone who had heard about Repu Hall Week and had something to sell would get a stand. So was it worth it for the vendors? Thankfully it was for the most part.

One beverages vendor whose main ware was sobolo, and happens to sell her stuff in the hall on a regular mentioned that the hall week had slowed sales down. This was understandable considering that there were way more variety now. But she was optimistic about her prospects over the weekend which she said was the time sales shot up. This was not her first time at the rodeo and she knew she was going to cash in in spite of low initial sales.

She was battling with a long list of other beverage vendors. From those providing fruit juices and smoothies to cocktails and shots, a buy was spoilt for choice. Even some food vendors had their own beverage section at their stands. In a conversation with one of the mixologists present, he was working with the food vendors to sell their stuff. He didn’t own any of the product although he had his own stand last year. According to him, he broke even by Thursday and everything else sold after that was his profit. Which is huge considering that sales made from Friday till Sunday of the hall week has the potential to surpass all the sales made from the weekend before till Wednesday. According to him, the reason why there were so many stands this year were because of the number of people selling food and beverages. Everyone was starting to realise those sold out quicker than any other product.

One set of vendors who were not overly keen about profits were the established businesses that sold beauty products. For them it was a great opportunity to get their brand in front of people. They were excited about making sales but the more important take home for them was the brand equity that a hall week like Repu was going to give them. Some had been to other hall weeks in KNUST and even in the University of Ghana and as expected Repu is the crown jewel for them.

Every hall week has vendors and they seem to do a lot of business during the period. Food and beverages are the way to go, says a lot of these people even though clothes and fashion vendors seemed happy with what they got out of Ghana’s Biggest Hall Week celebration. And even though a considerable number of students had left campus for the Easter holidays, #RepuHW16 was still a good time for the vendors who got their stands at the event.

ABOUT US
This is the official website for Ghana's no.1 campus portal & your guide to young people. We've got the best in the latest campus info, lifestyle, entertainment, shows, events, sports, news & more.
Contact us: [email protected], For Stories & Blogs: [email protected]ps.com
FOLLOW US
© 2022 © Kuulpeeps
Kuulpeeps - Ghana Campus News and Lifestyle Site by Students
This website uses cookies to improve your experience. We'll assume you're ok with this, but you can opt-out if you wish. Cookie settingsACCEPT
Privacy & Cookies Policy