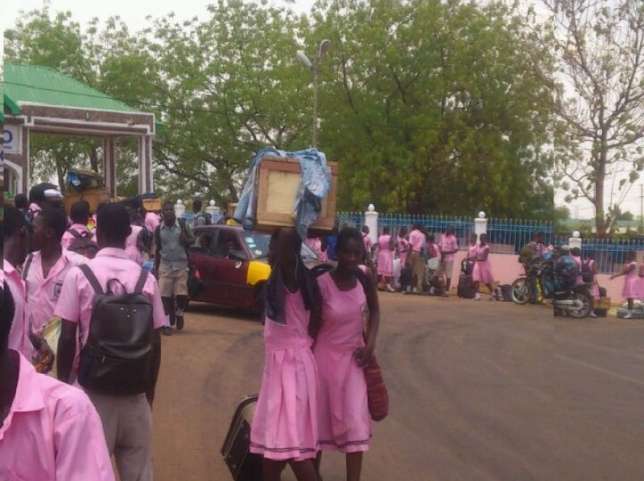 Reports from the Northern regional capital suggests that the Northern School of Business (NOBISCO) have been closed down following a protest by the students.

Kuulpeeps inquiry revealed that the students went to town on 6th March because it was a holiday. The school authorities, however, objected to this and  therefore had a roll call. Those who were absent, according to our inquiry from the students,  were  punished. In addition to the punishment, those culpable were told to bring three cement bags each, which they protested on Thursday, March, 17.

The protest, however, did not go smooth as some protesting students  vandalized some school properties. Stones were thrown into the school’s computer lab, thereby destroying the computers and other equipment. The school notice board was also destroyed.

Following this, Sagnarigu Education Unit in consultation with the Regional Minister and the District Director of Education gave students less than one hour to vacate the school premises following the demonstration by students.

This left most of the students who aren’t based in Tamale stranded on the streets of Tamale.

Other students who said they come from Bunkprugu said they would have the police to deal with the curfew still in continuation.

Kuulpeeps is making efforts to speak to authorities of the school to get their side of the story.