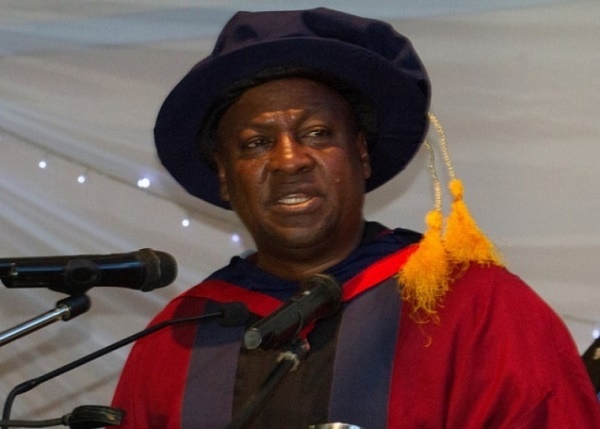 According to a statement by the Flagstaff House Communications Bureau, the University of Aberdeen in the United Kingdom will on Friday hold a special convocation to confer on President John Dramani Mahama an honorary degree of Doctor of Laws (LLD) (Honoris Causa).

The President is expected to go with his wife, the First Lady, Lordina Dramani Mahama for the convocation which will take place at the University’s Kings College.

The statement also stated that the convocation only forms part of the President’s working visit to Scotland. For the working part, Foreign Minister Hanna S. Tetteh (MP), Communications Minister Dr. Edward Omane Boamah and the Education Minister Professor Naana Jane Opoku Agyeman, will join him to meet leaders of Scotland’s political parties. They will meet with the First Minister of Scotland and visit the Scottish Parliament where the President will observe First Minister’s Question Time and address a meeting of Parliamentarians.

President Mahama will be the second Ghanaian leader after President Jerry John Rawlings to visit Scotland. He is scheduled to leave Accra on Wednesday for Glasgow.

In his absence, Speaker of Parliament Mr. Edward Doe Adjaho will act as President because Vice President Amissah Arthur is on an official visit to India.