The Communications Ministry has released a statement calling on all Ghanaians to cooperate with law enforcement agencies to help the country to step up her counter-terrorism measures. This comes up as a results of recent acts of terror in neighboring Burkina Faso, Ivory Coast and Mali.

Over the weekend, twelve people died in the Ivorian hotel terror and many others were injured. Self acclaimed Security analyst, Ibrahim Irbad who received a lot of backlash for saying Nana Addo lied on the knowledge of the 2 GITMO detainees took to his Facebook wall to apologize to Nana Addo and the NPP, saying it was an information gap on his part.

Government’s statement has also said that the threat level for countries in the sub regions is high. Here is the statement: 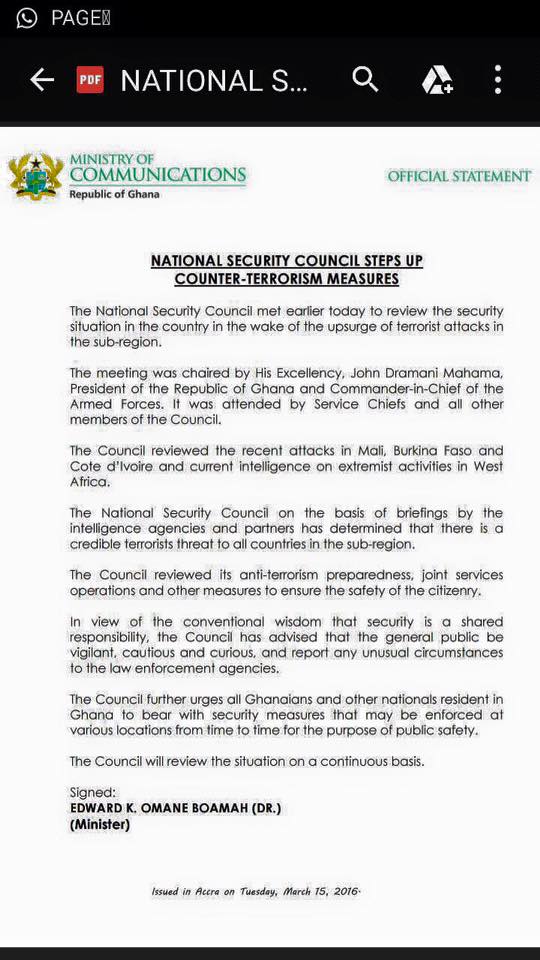