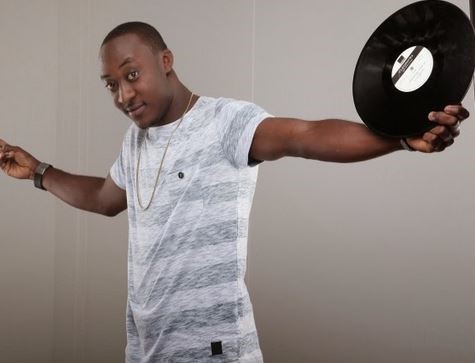 Comedian DKB climbed up stage to pay him homage while Radio and T.V Personality Afia Schwarzenegger stood in front of the crowd doffing hats out to the Disc Jockey Extraordinaire in respect

That was how Cypress Gh summarized the performance of DJ Vyrusky at the Ghana Meets Naija in Accra, right after he silenced Nigeria’s Kesh King on the turntable.
It is another Ghana DJ Awards year and clearly, DJ Vyrusky, the Life Of The Party as he is called, has proven himself as a worthy person to unseat the Mugabe of Ghana DJ Awards, DJ Black, who had a really rough year last year.
I had the opportunity to witness his performance at the Ghana Meets Naija, Tonaton Fresh ‘A’ Affair, Vodafone X Concerts in three regions, MTN Pulse Concert also in three regions and the Tigo Unplugged Concert in Kumasi. DJ Vyrusky, in all these events, owned the turn of events through his turntable skills and crowd relations.
It does not come as a surprise that DJ Vyrusky has gotten to this level; I foresaw this when he grabbed the Discovery of year at the Ghana DJ Awards in 2013/2014. At the time, he was just a campus DJ; playing at school parties. He went ahead to win the the Best Club and Events DJ last year. His enthusiasm on the Turntable is unfeigned and this is seen from his humble beginning. From the streets of Legon, playing at drink ups and student parties, he has matured to play on Starr FM’s  Starr Drive as well the events DJ for both Shatta Wale and MzVee.
At the Ghana DJ Awards this year, patrons would expect the organizers to crown the best and from what Vyrusky did last year, he stands out tall, not just the DJ of the year but also as an epitome of inspiration to young people out there who are finding it difficult to develop in their own small spaces.

The Session with DJ Vyrusky