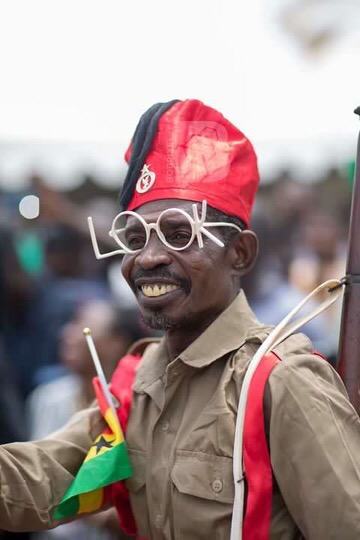 Veteran Ghanaian Stand Up comedian, Bishop Bob Okala, who was known in his personal life as Samuel Kwadwo Boaben, passed on Sunday March 13, 2016 at the Koforidua Regional Hospital.

He was pronounced dead on arrival at the hospital following his collapse after a live performance at an event at the Koforidua Jackson Park. According to one of the event organisers, the late Bob Okala was not on the bill to perform but was allowed to do so anyway.

Bishop Bob Okala came into fame through the legendary Key Soap Concert party where he was widely knows for his iconic wrist watch that was a wall clock, his powdered face and bow-tie made of a grinder.