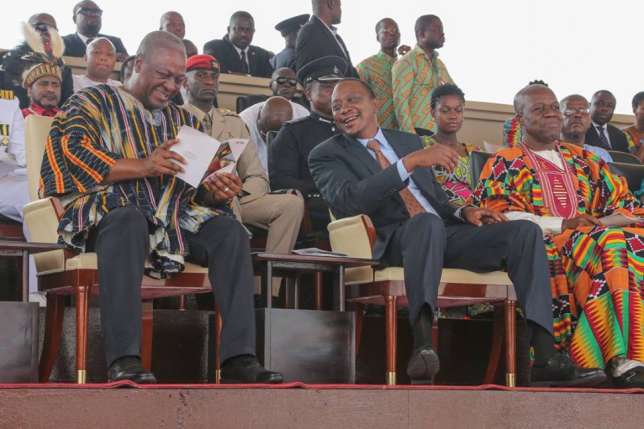 From the Independence square on Sunday, the brochure of the program shared at the 59th Independence Day celebration humored many who were present. Apparently, President Kenyatta of Kenya is the President of Ghana, according to the brochure. 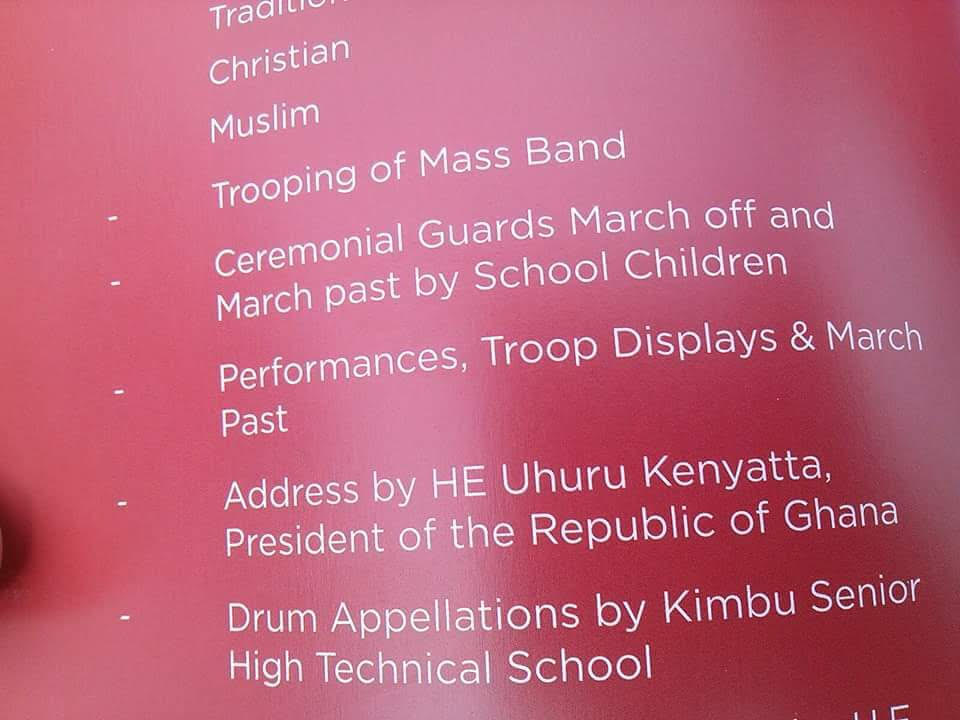 Other errors were also spotted in the brochure, check the ‘coat of arm’ 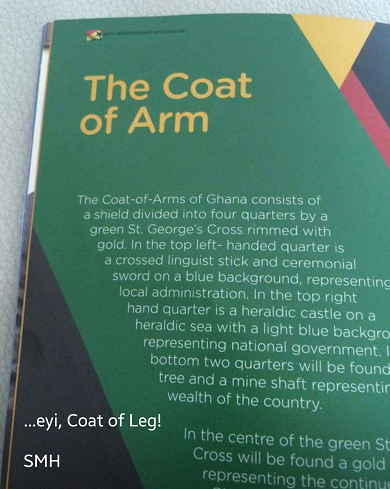 Right after the ceremony, the Chairman of the 59th Independence Anniversary Planning Committee, Commodore Steve Obimpeh said that questions surrounding the errors in the official anniversary brochure should be directed at Presidential Staffer, Stan Dogbe, because he is “responsible for the brochure”.

However, the Information Service Department of the Information Ministry took responsibility of the errors and even apologized. An error was also spotted in the apology letter . 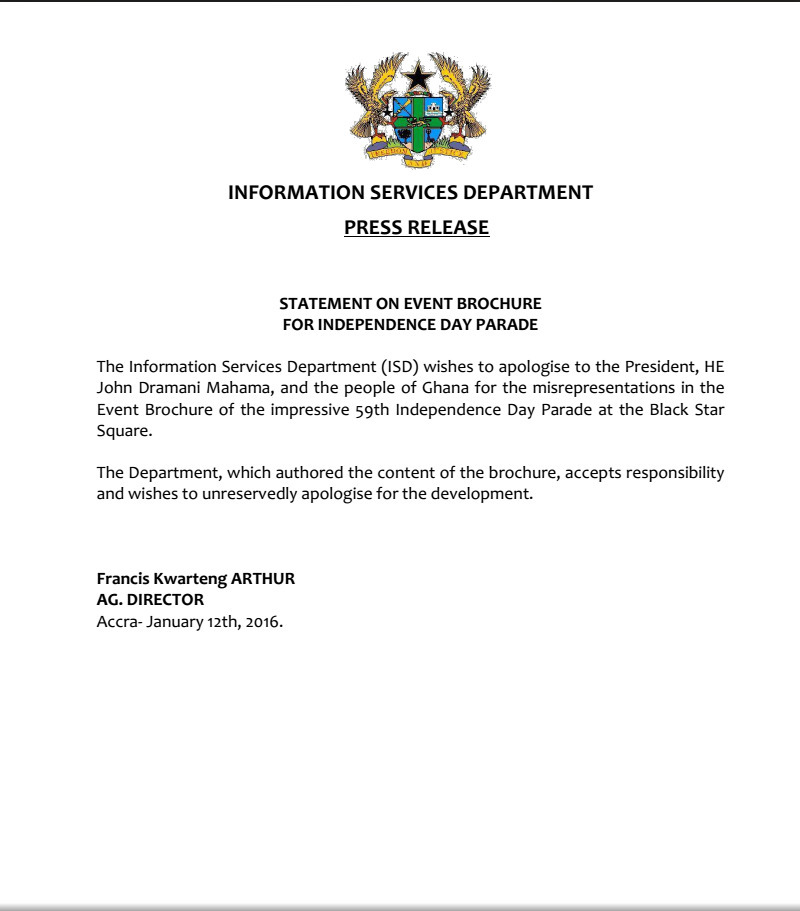 It rectified the backdate in the letter and republished it. That one too had errors (pictured below) 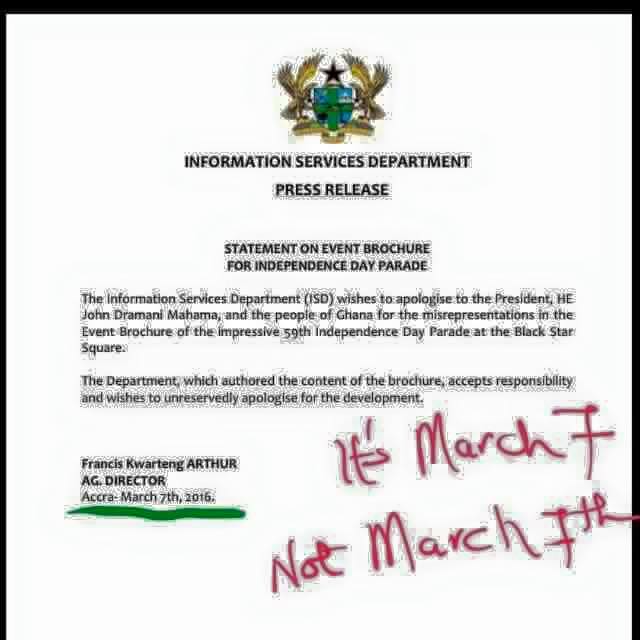 On Monday evening, the blame game started when the head of operations at the ISD, Jemima Nancy Asare  wrote on Facebook that the ISD had nothing to do with the brochures and she did not know why Acting Director Francis Kwarteng Arthur was apologizing.She blamed the Flagstaff House Communications Bureau as being responsible for it. 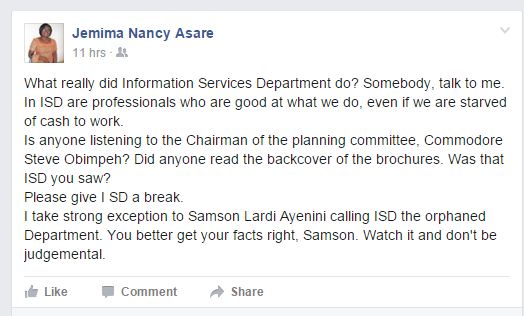 On Tuesday, Daily Post and Nairobi News reported the news with the Nairobi News questioning “Did Ghana grab President Uhuru Kenyatta”? The news has traveled faster than we anticipated and the blame game is still ongoing between the Information Ministry and the Flagstaff House. 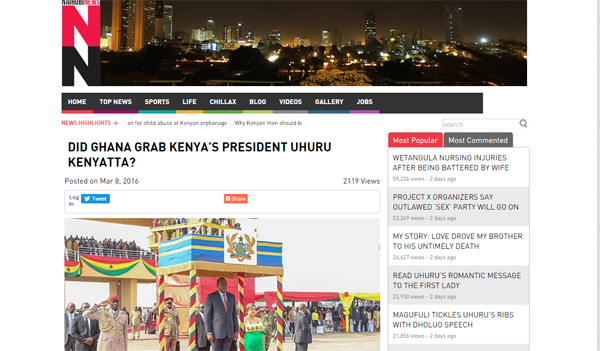