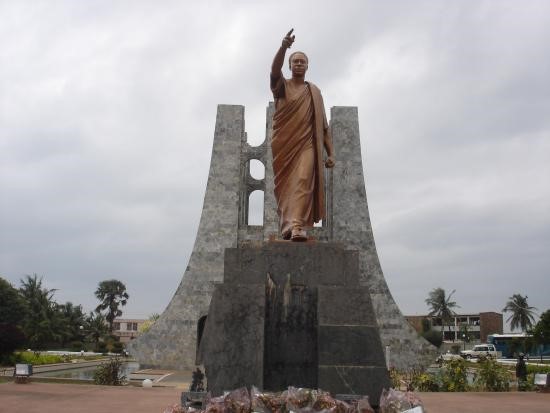 Bold to defend forever the cause of freedom and of right. This line definitely takes me into that state when Dr. Kwame Nkrumah together with the big six and others who helped champion our Independence spoke in joy,
“At long last, Ghana is free for ever”

Definitely not. In dependence is Ghana and not independent except we decide to overlook the true meaning of independence.

Free from outside control or influence, self governing, having enough money to support yourself; these are but few meanings of Independence.

Which of these is Ghana a beneficiary of? Even our leaders who recite always the National Anthem and re-echo that part that says,

” And help us to resist oppressors rule” oppress us always with their corrupt acts. They think not of the poor electorates who form queues in the cold and under the scorching sun to vote but rather of themselves and only squander and scatter the hard work of our fore fathers whose blood always cry from within the soil. They oppress the ordinary Ghanaian with exorbitant taxes and utility prices while they sit under the soothing air conditioners and enjoy the sweat of our fathers who were chained and whipped. Killed and maltreated.

Of what difference is the white man of the colonial days who only sought for the good of their countries at the expense of the bloodshed and toils of Ghanaians and our leaders today. Are we really independent or still being ruled by Oppressors and colonial masters?

In dependence is Ghana not independent.

The words of the Blackman is of no worth in his country but the faraway words of the white man pierces the ears and hearts of the Blackman. Confidence is what our fore fathers had and that made them able to defend themselves against the colonial masters but today, an economist and etc in Ghana’s words will be thrown to the gutters only to hear the white man’s who speaks not from sincerity but for favour. Do we still rule our lands or the white man sits from afar to rule? In dependence we are not independent.

Our local businesses keep collapsing because for mostly personal gains, our leaders enter into contracts with some other countries and they flood our ports with rubbish dumped on the refuse dumps of the white man. Businesses and talents collapse every day because, in all our doings, we portray the white man as better. In dependence we are. Is this not the same thing that happened during the colonial times when local industries were closed down because the white man wanted to soar high and make the black man powerless. What power does an empty pocket and hand have? Our fore fathers fought against this and people died but today we embrace the very things that our fore fathers spat on the bloody soils of Ghana. In dependence we are.

Until we go back and re-sing and understand better and work in line with that line in the National Anthem that says,

” Bold to defend forever the cause of freedom and of right”,

The blood of the men who laid down their lives selflessly for our good will forever cry out.