The Nominee Grand party for the Vodafone Ghana Music Awards Festival is coming off today. The nominee list is expected to be announced at the event and Kuulpeeps are speculating the names we expect to pop up today. These names, we believe, should inevitably make it on the list one way or another.

The songster had his most successful year yet. At a point, he had two of his singles (Brother brother, Mansa) competing against each other on the market. He made the news whole year and still is making news. Kuulpeeps would be surprised if he is not nominated in at least four categories (Highlife-Song and Artiste of the Year, Song of the Year, Male Vocal Performance)

His Telemo song was one of the biggest things to happen to the entertainment industry in the year under review.  Even though Telemo’s popularity diminished after the release of Atom’s Y3 wo krom, which used the same instrumentation, the belief is that Gasmilla’s name should come up in at least the Song of the Year category.

Dancehall artiste Stonebwoy won a BET Award in the year under review, toured with Gramp’s Morgan Heritage and  headlined many shows in Ghana and Africa. He is expected to make it on the list of –Artiste of the Year, Reggae/Dancehall Artiste of the Year at the least.

The Borkor Borkor singer is yet to look back after grabbing the Discovery of the Year last year. She performed on  almost all the big stages last year. At least, we expect to see her name in the Female Vocalist of the Year.

They have been the trendsetters for youth in Ghana and for some reasons, Pappy Kojo’s fashion craze is all over town. Like almost every event bill, we are presenting these two artistes as a package. They might just be the most successful duo in Ghana music yet and they aren’t even a duo officially. The two played almost every big show–from the VGMAs, Vodafone X concerts, Tidal Rave amongst others.

The Reggae artiste is the first Ghanaian to have gained a Grammy nomination with his ‘Branches of the Same Tree’ album. Although he has not had much influence in Ghana as a musician since his In Ghana song in the late 90s, the Grammy nod should make the VGMA Board consider giving him a nomination in the Reggae/Dancehall category.

He has not been the Sarkodie of 2012 but the release of his fourth studio album, Mary and his  nomination at the BET Awards is big enough to get him on the list.  Last year, he headlined a couple of shows, coupled with the success story of his Rapperholic Concert, at the least, Sarkodie should be on the Album of the Year list. He has stayed consistent for about 7 years and that is a big deal for any Ghanaian artiste. 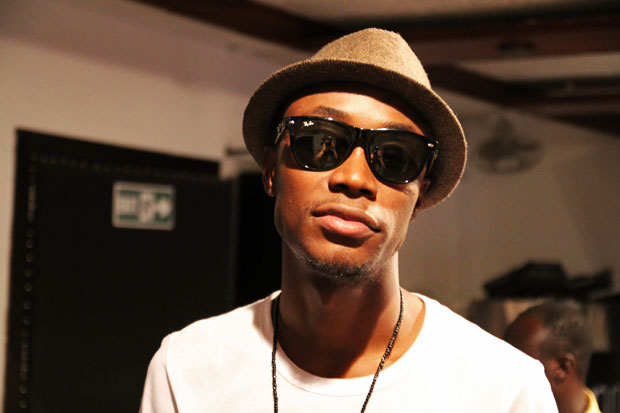 Talk of rap album last year and Elorm comes to mind. His B.A.R 2, on which songs like ‘All Black’, ‘State Of The Nation’ and ‘King Without A Crown was a major hit. On 29th August, 2015, he followed up with the B.A.R 2 concert featuring Wanlov, Ko-jo Cue and DJ Mic Smith. EL should be on the Best Rapper and Best Album category, at least.

His lyrical prowess last year was exceptional. O.K’s Small Small and Meretwen Wo singles were applauded by many for the sheer display of maturity and lyricism.  At the least, the Rap Dacta’s name should pop up in the Song Writer of the Year category.