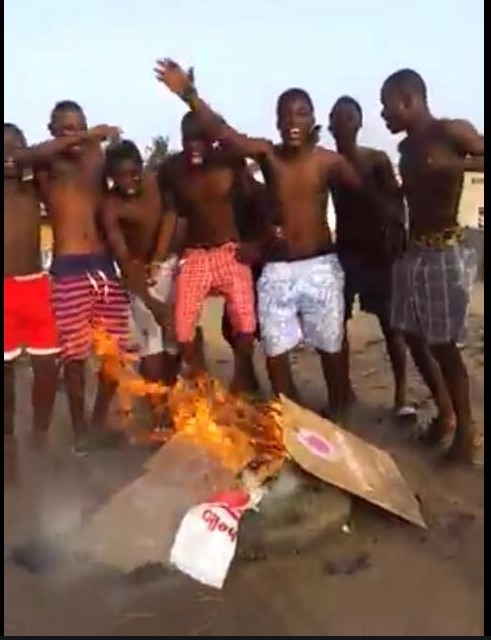 Vodafone should get ready for the biggest demonstration ever to be held in Ghana… real talk no jokes…. no ‪#‎ShattaWale‬ for vgma no vodafone for the youth . CHORK CITY WE SAY!!!

That was a statement put out with a video by Chorkor youth expressing their displeasure at the recent decision by VGMA to ban Shatta Wale from the VGMAs until he apologises for his negative remarks about the awards scheme.

“After two years of publicly campaigning about not wanting to included in the awards, and recording and posting of materials that tarnished and denigrated the image of the scheme, he has presented an entry for nomination. The board, however thinks it is the first step to redeeming himself from the denigration of the scheme”, the Board has said.

The irate youth, have issued an ultimatum to Vodafone Gh to nominate Shatta Wale or face their wrath.