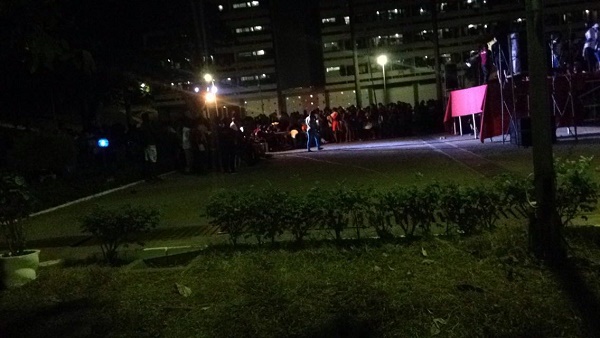 Kuulpeeps checks at Kwame Nkrumah University of Science and Technology has revealed that news about the school’s authorities placing a ban on the celebration of hall weeks is untrue.

News broke last week that authorities of the institution had place a temporal ban on the celebration  of hall weeks on the campus of KNUST as a result of clashes between the University Hall and Unity Hall which saw two people stabbed and several others injury.

When Kuulpeeps visited the campus as at 10pm yesterday, the boys of Unity Hall had started celebrations to mark their 47th Hall week.

A student who spoke to kuulpeeps.com  said the student body as he  is concerned have not been provided with any signed document to show that the school has banned hall week celebrations.

He further mentioned that the story which was making rounds was flawed because the story claimed the school’s Public Relations Officer said the school had banned Katanga and Continentals, pet names which according to him will never be used by an official of the institution.