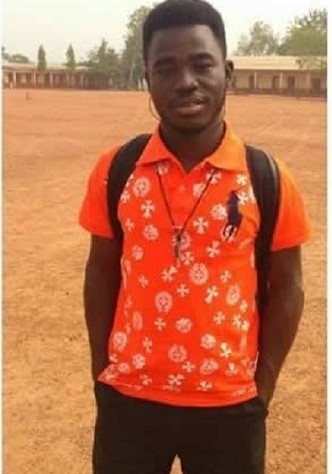 Body of a final year student of University of Education, Winneba was found on the fishing harbour end of the Sir Charles Beach in Winneba on Sunday afternoon. The skin around his eyes had peeled off.

According to Central Regional Police PRO Cpl. Raymond Asaba, he is Bright Osei-Agyei, a Business Administration student  at University of Education, Winneba. He drowned on Saturday when he went with his friends to the beach to celebrate his birthday.

He had been swimming with his friends whole afternoon. They all retired to the shore later around 4pm but Bright felt he had not had enough so he went back to swim.

Minutes later, he was seen by onlookers struggling in the sea. His friends, who at the time could not swim to where he was, started looking for help as he kept raising his hand and calling for help. He was long gone by the time they called on some fishermen at the beach for help.

The body of the deceased has been deposited at the Winneba Government Hospital and his family has been informed of their son’s death.