Kuulpeeps – Ghana Campus News and Lifestyle Site by Students
Home TRENDING News KFC Gives 59 Patrons A Chance To Get Their Face On Their...
Facebook
Twitter
WhatsApp 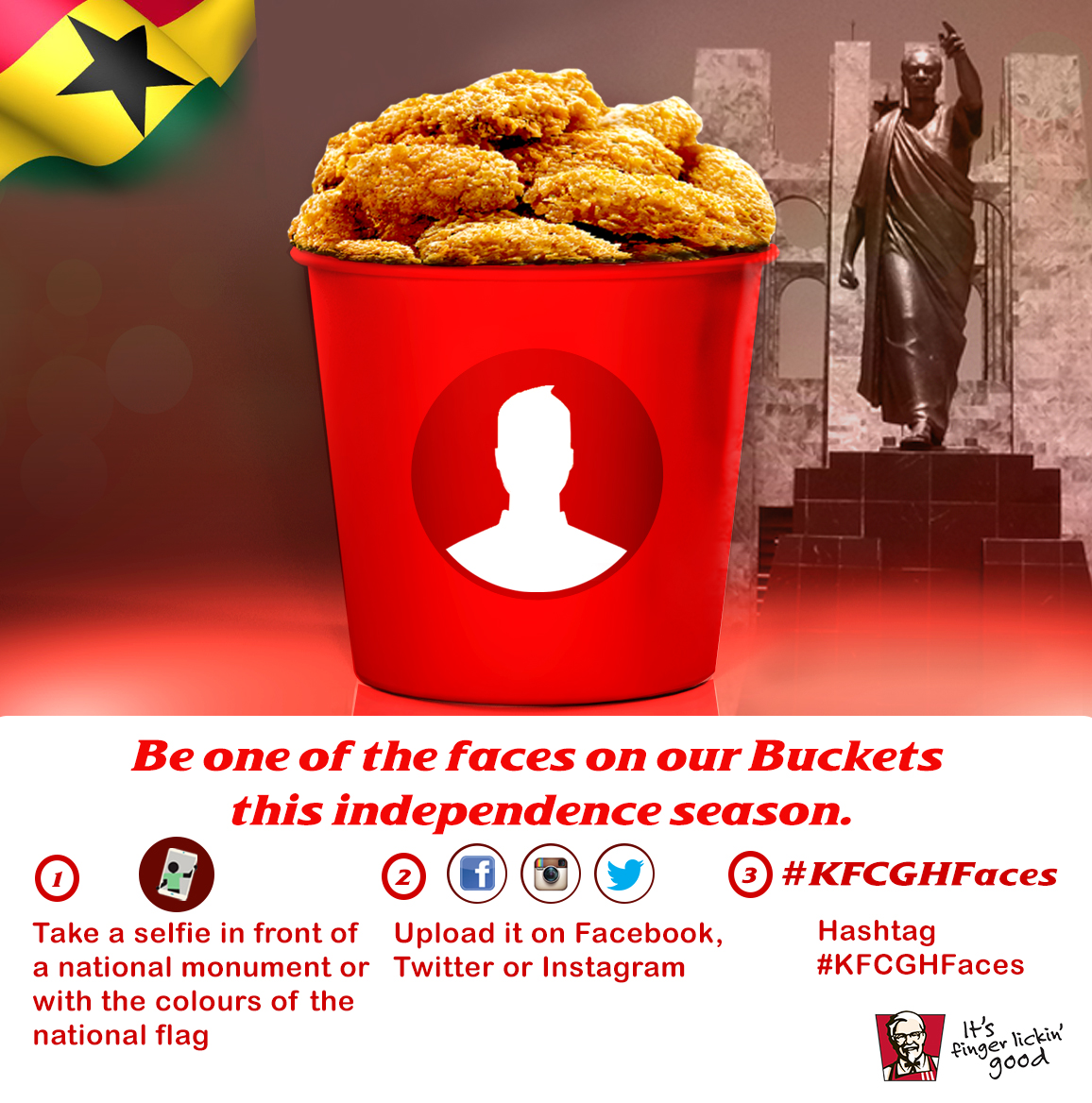 This independence season, KFC Ghana is giving 59 people the opportunity to earn a space on their chicken bucket which usually has the face of the legendary Colonel Sanders. These chicken buckets would be sold throughout the month of March, in all KFC’s stores nationwide.

And you don’t even have to hustle to get your face on it! From now till 24th February, just take a selfie in front of a national monument or with the RED, GOLD, GREEN and BLACK STAR colours of the national flag and upload the photo on Facebook, Twitter or Instagram with the hashtag ‘KFCGHFaces’.

This is the second year KFC is giving consumers the opportunity to be the face of the bucket by taking selfies and uploading them on social media with the hashtag #KFCGHFaces. Last year, 58 faces were picked from different regions and places to share in the celebration of Ghana’s 58th anniversary.

The campaign last year went with the headline “MAKE A FACE, WIN A SPACE” and led by the comedian Funny Face. So this March, you have the opportunity to earn a spot on the legendary bucket as Ghana celebrates 59 years of Independence.

Upload that photo and cross your fingers might just be the winners to be announced!