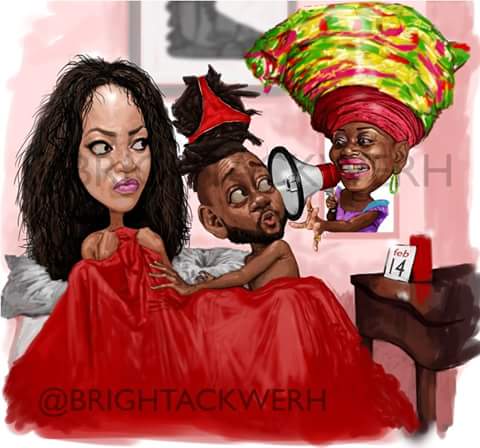 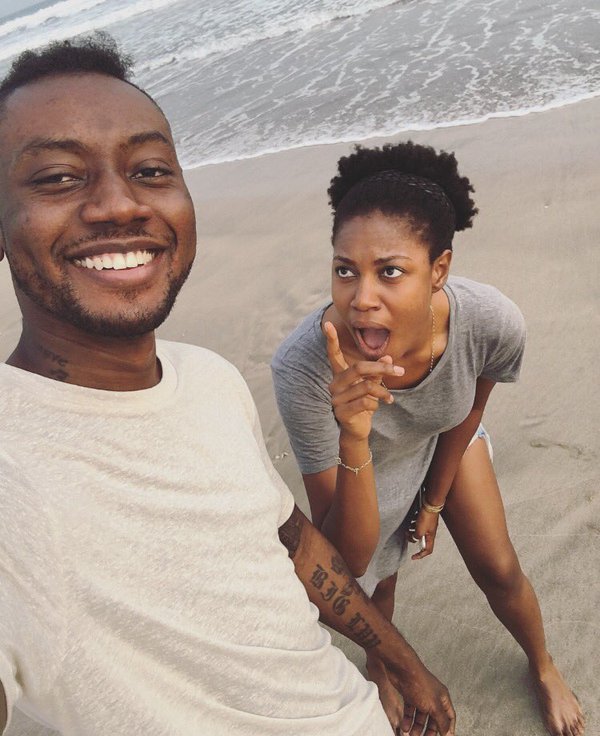 Fante Rapper Pappy Kojo has been very vocal about his feelings for Yvonne Nelson the beautiful and successful actress and movie producer. He has taken to social media a couple to times to vent his frustrations about his seemingly unrequited love for the seasoned actress. 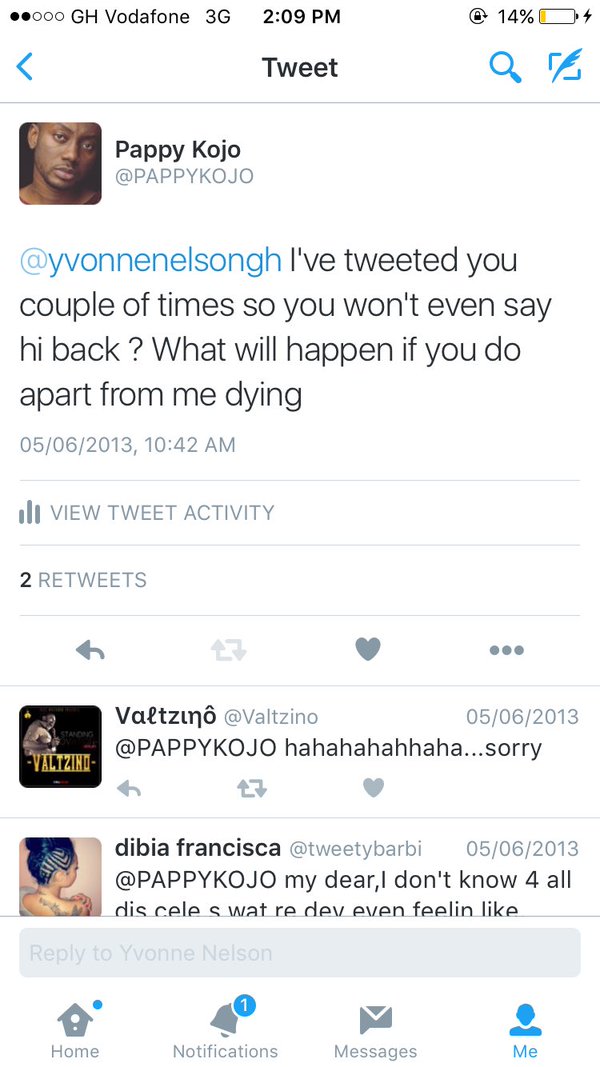 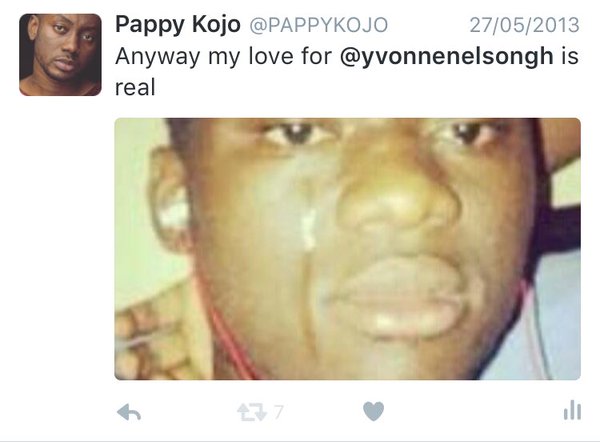 He has been trying to get her attention since 2013 and has reached out to her on many social platforms. His fate seems to have turned around for good as his recent tweets shows that the actress has finally paid attention to his love to prevent an ay3 late moment. We all wait to see what other pictures will come out and whether this will lead to a full blown relationship