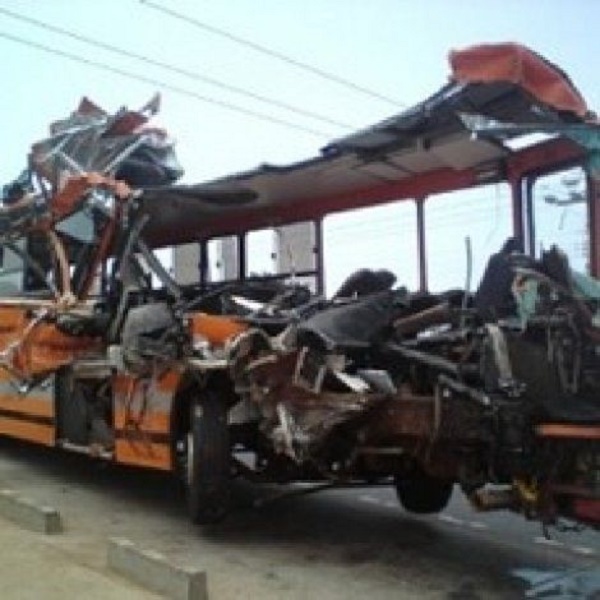 A metro mass with registration number AS 7131-Y crashed with a tomato track around 8.30pm yesterday, Wednesday February 17, 2016 on the Kintampo-Tamale highway.

According to reports, almost 50 people are feared dead as a result of the crash.

The MMT bus had its engine falling out upon impact close to the Kintampo Falls, which led to the severe loss of lives. Most passengers  were left trapped underneath the bus.

Due to the unavailability of a functioning ambulance, kia trucks were used to cart away bodies to the Kintampo Government Hospital mortuary.

President Mahama has expressed his shock and dismay at the news, with reports from the Flagstaff House suggesting that he wept upon hearing the news.

Kuulpeeps will stand by and give you details as and when there is more.