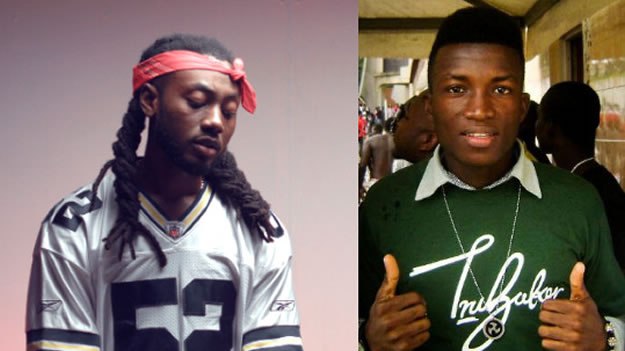 In the Ghana music industry, the hood you come from mostly dictates the pace at which you warm yourself up the ladder and into the hearts of Ghanaians. Boys in your area will always hype you even if the lyrical content of your music is zero. Mostly, that is the reason why some artistes come out with half-baked songs which could have done better if a little work was done on it.

Prior to 2015, the mantle was with the boys from Tema. Now most artistes who were even staying in Ashaiman had to come out as Tema boys in order to enjoy the hype of the area in order to warm themselves into the hearts of Ghanaians. The exodus to Tema also hit some Accra-based artistes because the fever was real! Move and enjoy the hype.

However, trends changed in the middle of 2015. The tides moved from Tema and travelled via the Mediterranean to Takoradi and Cape Coast. Now the fante musicians have broken through and they are the ishest thing to happen to Ghana music in recent times. Yes! You may disagree but that’s my opinion. Nero x, Pappy kojo, Kofi Kinata , T-phlow and many others have given meaning and a breakthrough to Fante music such that any music in fante is an instant hit.

But well, this work focuses on VGMA hiphop song of the year winner, Pappy Kojo and the High Grade Family’s Kofi Kinaata. Although they all do the same thing, one is and will always be ahead and better than the other.

Pappy Kojo is the toast of the ladies not because he produces hits but because Ghanaian ladies have soft spots for handsome gentlemen. Pappy kojo had been around but was given a huge platform when Joey B featured him on Wave. The song was an instant hit because both artistes attacked the beat and produced lyrics that even a kid could sing along.

Then came #Realer No. Though it enjoyed massive airplay, the song is lyrically bankrupt. I mean it doesn’t really have any influence as music is supposed to tell good stories and bring out various lessons. The repetitions are enormous and overwhelming but the quality of the beat, however, did the magic.

Seeing Pappy Kojo perform at the Vodafone X concert in Legon with Mr. Eazi’s Bankulize was not a sight to behold at all. There was lack of coordination; he failed to move the crowd like he does with Joey B.

Kofi Kinata on the other hand, has a number of songs to his credit. The Azay hit maker can boast of #susuka which is the latest of his tracks. The song has got the country talking about the versatility of the rapper. Lyrics of this song are at its best because it sells a message to the public to be content and stop complaining. The crusade which Kinata featured on is another song that got the country talking. The coordination, dexterity and play on words in that song were absolutely breath-taking.

Kofi Kinata’s stage craft when he performed with Samini at the VGMA was okay, although he did not really get the crowd dancing; his coordination with Samini was appreciable.

With these, it is left to you to decide who is the better rapper amongst the two fante rap lords.