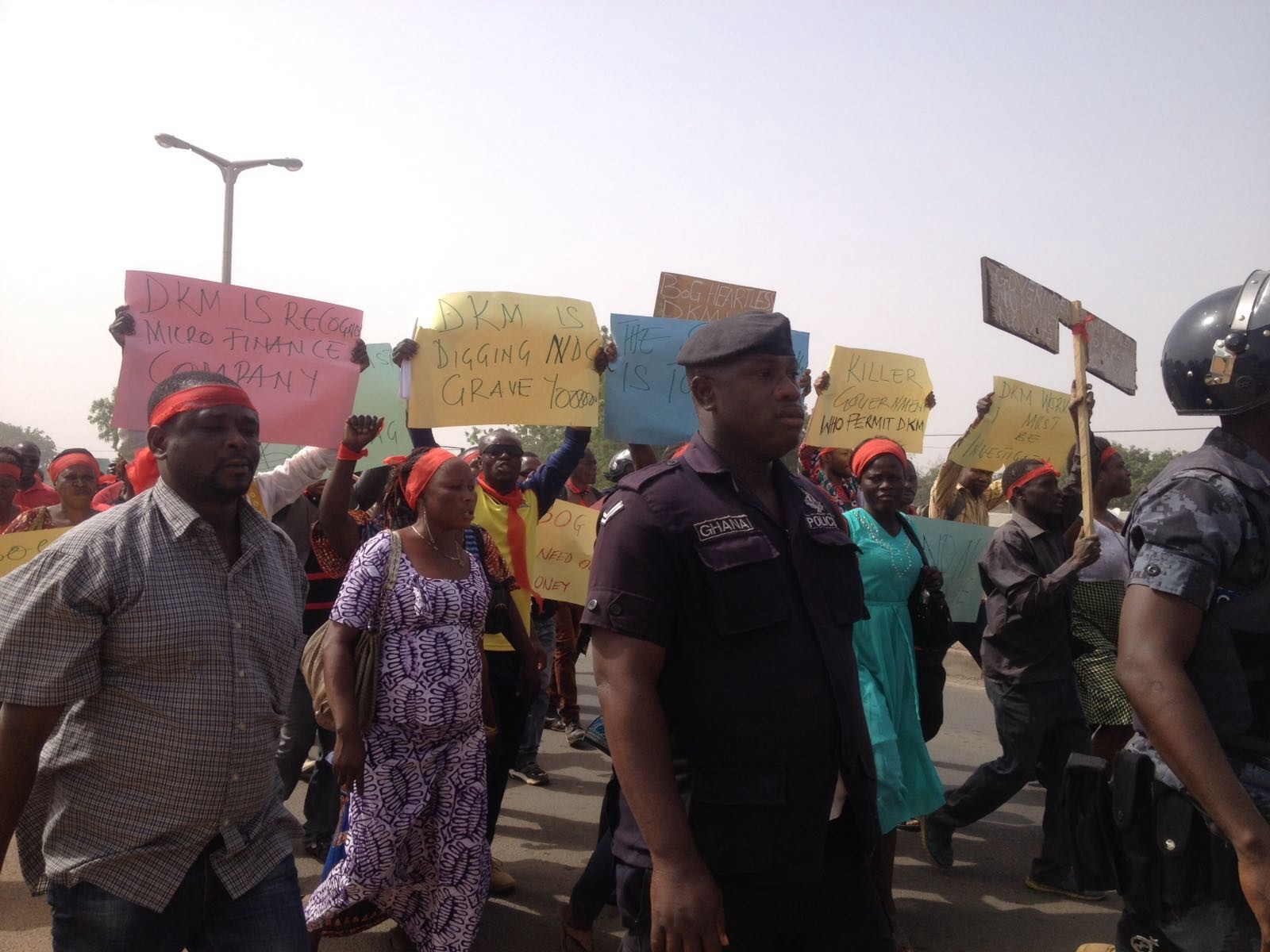 The Upper East Region although has been silent on the issue like other regions, have been hardly hit with an economic crisis following the folding up of DKM  Diamond micro-finance.

The demonstration, which started at the Ramsey sports stadium saw over two hundred customers wielding placards with inscriptions such as “no money no vote” “we are dying” “president please help us”.

A customer who spoke to Kuulpeeps.com mentioned that, folding up of the company has affected the socioeconomic makeup of the region. They mentioned that their marriages have ended whiles some are on the verge of collapsing.

“Our marriages are ending and ourlives have hit a snag. My wife for instance now treats me like a rag because of this meltdown. We need our monies because life here has become unbearable. If President Mahama does not come in to help us, I am from voltage region and I will go to my Hometown to campaign against him,” he threatened.

The group of customers, however, petitioned the President through the Regional Minister to see to it that monies owed them are paid before the November polls or they will advise themselves.