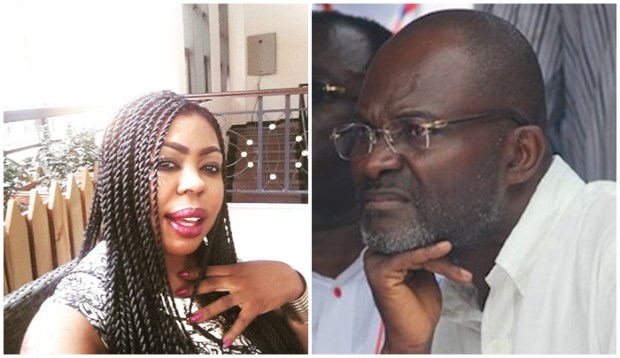 The management of Despite Group of Companies have apologized to their cherished listeners, friends and all concerned for the incident which ensued between their presenter, Afia Schwarzenegger and the Honourable Member of Parliament for Assin Central, Kennedy Ohene Agyapong.
Although most of the audios were not recorded in their studios, the management of the company have said they are not to malign, denigrate, insult or condone and support acts of insults against personalities in society.
They therefore extended their unequivocal apology to the general public, Oman FM, Honourable Kennedy Ohene Agyapong, and all other persons who may have been scandalized or have suffered in any way as a result of the incident.
Despite’s management have also said that they are handling the issues surrounding the conduct of Afia Schwarzenegger internally.
As a results of the apology last night, tempers have gone down and none of them has come out to throw a jab at the other.
Over the weekend, Hon. Kennedy Agyapong and Afia Schwarzenegger took the center stage on social media as many discussed the abusive audios recorded by them and directed at each other.
SEE ALSO:
How The Whole Kennedy Agyapong – Afia Schwarzenegger Beef Went Down