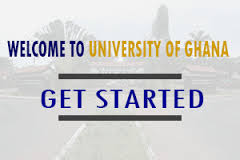 Last Academic year, Generators were installed in every hall on campus. Issues stated to arise as to which organization is to foot the fuel bill. For some halls, the Junior Common Room (JCR) took that responsibility without a fuss. We are back to finish yet another semester and the problems are still there to compound. This time, a GH¢30 levy has been placed to complement the fuel for the generator in case of ‘Dumsor’. Here are 5 reasons why that shouldn’t be
Election Year

When Prez John Mahama was running for office with the Late Prof. Atta Mills he came by Commonwealth Hall, performing all the alleged rituals before proceeding to the podium to give a long list of what he would do when elected. Meanwhile, NPP’s Bawumia was playing snooker with a host of players at Pentagon Hostels. The Year for election is back and with the University resident population exceeding 7000 you would expect politicians to cushion students as much as possible to get the better part of all those 700o votes
‘Dumsor’ Is Over

Even the famous I Love you cannot stir more emotion than this sentence. The joy and hope in your eyes when it was announced publicly that ‘Dumsor is over’ brought a sign of hope and determination for the new year. The levy clearly is undesirable with the situation now under control. There is no need for students to be charged for fuel if there would not be any ‘light-off’ situation.
JCR Dues

Every academic year, resident students are allowed to pay JCR dues. These dues are supposed to cover the cost of the hall weeks and other souvenirs the halls make available for the students. ‘Dumsor’ is officially over hence if there is any chance of the light going out it would be according to the schedule ‘12 hours on, 24 hours off’. The hall can foot the bill for the fuel since it won’t cost as much as the ‘Dumsor’ days. That is even if the lights go out at all.
SRC Levy

Every student is billed with the SRC Levy. Resident or otherwise, as soon as you visit the bank to pay your fees, you have indefinitely paid the levy. SRC week celebrations, Women’s week and other activities are budgeted with this amount of money in mind or so I’ve heard. At least, there must be something small to foot the bill of fuel for generators in the halls. Main Campus have a nitch of not being involved in any ‘Dumsor’ problems so the 4 halls in the diaspora would benefit a lot in case the need arises. I repeat, in case the need arises.
Hall Fees

Students are now tasked to pay everything. I’m inclined to ask; what use is the hall fee? It is for situations such as these, otherwise we would be better off with individual meters in front of our doors then we know we are paying for everything. Electricity and Water are all added to the hall fees so if there is a need for back-up power, the money can be accounted for from the hall fees. There is a reason why that money is paid to the hall.