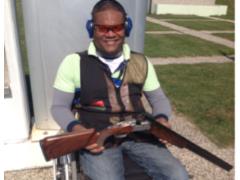 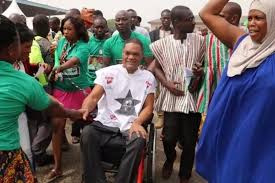 He is a lawyer, writer and publisher, both of his parents were Professors from the University of Ghana, Legon.

He is married to the daughter of late former Vice President Kow Arkaah, who is also a Lawyer with three children, a son and two daughters

He was called to the Ghana Bar and the English Bar (Inner Temple). In 1996, he contested as a parliamentary candidate in 1996 on the ticket of the CPP but had to withdraw due to the Great Alliance at that time.

In 2004, he again contested as a parliamentary candidate for the CPP in the Ayawaso West Wuogon Constituency and had 4,964 votes for the party (prior to that election the vote for CPP in that constituency had never exceeded 500).

He was later elected as General Secretary in 2007 and again in 2011, being the only national officer to be re-elected for a second term. Around the same time, between 2007 and 2009, he also served on the Disability Council.

Mr. Greenstreet has been confined to a wheelchair since a horrific accident that occurred one night in Accra, as he returned home from overseeing business at a nightclub he owned.