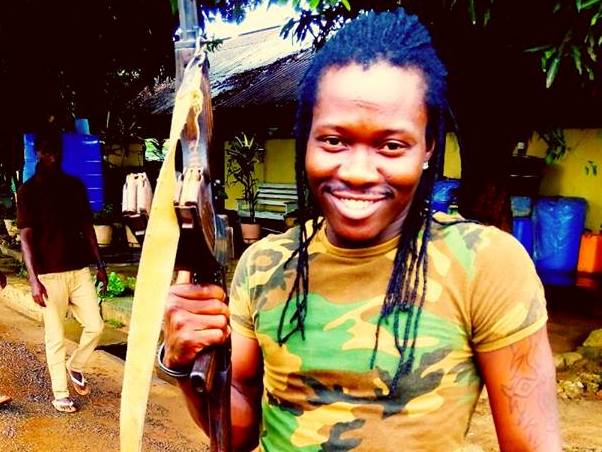 Over the weekend, Buei buei hitmaker, Screw Face took to his Facebook account to raise bribery allegations against Charter House in support of Shatta Wale, after news broke out that Shatta Wale had been banned from the Ghana Music Awards. According to him, Charter House asked for something small from him when he had the Discovery of the Year nomination in the 2007 Ghana Music Awards. He was, however, not given the award because he failed to give them the something small. This is the Facebook post by Screw Face 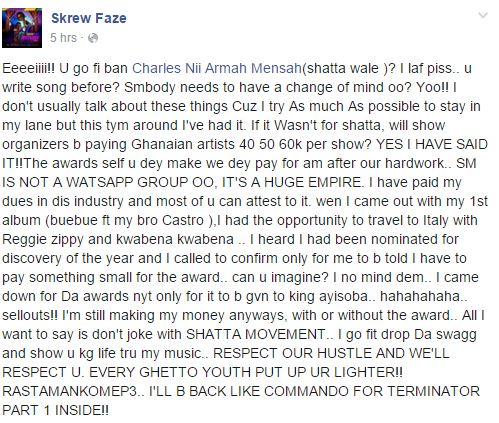 This morning, Charter House released a statement to rubbish the claims by Screw face, arguing that Screw Face accepted the  results of the 2007 and even congratulated King Ayisoba for winning the award.

The statement, signed by its communication director, George Quaye referred to the claims by the ‘former’ musician as bogus and lacking basis.

ABOUT US
This is the official website for Ghana's no.1 campus portal & your guide to young people. We've got the best in the latest campus info, lifestyle, entertainment, shows, events, sports, news & more.
Contact us: [email protected]lpeeps.com, For Stories & Blogs: [email protected]
FOLLOW US
© 2022 © Kuulpeeps
Kuulpeeps - Ghana Campus News and Lifestyle Site by Students
This website uses cookies to improve your experience. We'll assume you're ok with this, but you can opt-out if you wish. Cookie settingsACCEPT
Privacy & Cookies Policy