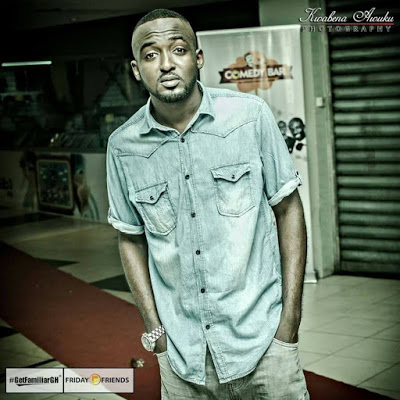 Do you remember Kinto of Friday Friends? A year ago, the Get Familiar CEO was beaten at New Town on accusations of a gay encounter with a certain Salim. A viral video captured him begging for mercy at the hands of  a group of people. Later on, Police reports suggested that he was framed.

He recently had an interview with LiveFm, to which he shared the experience. According to him, saying that  I wan chop Salim was the one thing that ensured that he stayed alive. The pressure from the guys forced him to say those words for the camera.

He further argued that the accusations that he was there for a gay encounter were founded.

The question is why was I beaten? They say because I am a homosexual but nobody is a homosexual alone, whom did they say I was gay with? Salim and what convinces Salim about me that I was gay?.

Touching on allegations of being gay, he expressed his disappointment at people who call him gay because of his association with gay people.

Look, I am 29 years and very successful to an extent and I don’t have a girlfriend because I tried and they don’t work out so I decided to focus on my career and because I move with boys boys and have friends who are gay, they say I am.

Giving his take on homosexuality, he said he had no issues with people of that sexual orientation. Kinto is alive and well at his East Legon residence.