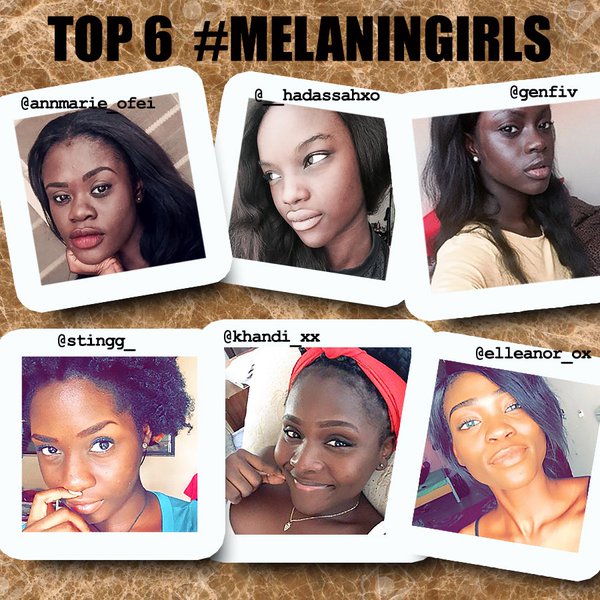 Nearly a week ago, @OKUNTAKINTE tweeted

#MelaninGirls it's your time to shine! ❤️🍫. Post up and win. pic.twitter.com/99vt5yYfEy

The tweet starting trending the same day and received numerous submissions from “melanin girls” who hoped to win 1000 cedis if their pictures get chosen as the ultimate.

Not long after the trend started going viral, questions started flying on twitter about the criteria that will be used to select the ultimate winner

@OKUNTAKINTE best picture, prettiest melanin girl , number of retweets , number on likes ..?? What are the bases of winning?

The response is a bit confusing

#MelaninGirls : tweet your favourite lyrics from the song to increase chances of making it on the finalist list of 6. Good luck.🍫❤️

@Afriyie__ Best Picture wins, but public opinion could definitely influence the decision. It's all subjective.🍫❤️

The unclear criteria convinced people that the trend is just aimed at creating attention for a song of the same name released by Okuntakinte.

…your thousand Ghana need to do better. Cheap publicity stunts like this, that's not what sincerity looks like pic.twitter.com/veOvUmRDXf

The allegation seemed true when…

Last night, they presented pictures of the six finalists

Announcement: the top six (6) #melaningirls were selected based on DIVERSITY as well as BEAUTY. Shape and size. #DoNotDiscriminate

Here are our (6) beautiful #MelaninGirls finalists!! Details on how to vote for the winner will be posted soon. 🍫❤️ pic.twitter.com/sxLwlbiZ7t