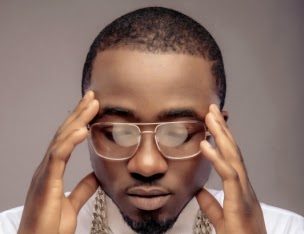 The cheating allegations against Maima were brought up on social media and Ice Prince also took to social media to defend bae. It wasn’t long before those on the flanks took the matter up to express their opinions, sentiments, misgivings and theories, meanwhile Maima is silent on the matter. It has quickly escalated into a Ghana vs Nigeria thing where everyone agreed at a point and diverged at another point.

Lets begin with the middle ground.

Ghanaians and Nigerians agreed that

Mr. Akin is the only one having fun an all of this…

If ICE PRINCE ZAMANI was cheated on, regular boys stand no chance

If a Girl can cheat on a handsome, Rich and Famous Ice Prince…

Ice Prince is handling issues in a matured way

Dudes have a lot to learn from Ice Prince tbh. We don't know what's happening privately, but publicly, he's standing up for his girl. 👏🏾👌🏾👏🏾

Ice prince probably locked himself inside the toilet and M.I is knocking like Panshak, please open de door for ya bredda

Ghanaians are not very emotional about this; they are making light of the situation, after all Nigerians are the cousins we love to hate so if any of them is hurt, its a win for us; if a Ghanaian caused the hurt, an even bigger win.

Nigerians are outraged that Ice Prince stands by his girl in the face of such overwhelming evidence. They believe he should leave her to sink alone. They also believe that he is defending her because she has him charmed

Please I need to sit down at the feet of Maima and hear words of wisdom. What babalawo she uses, what soap she uses to wash her area, etc.

We should all pray for a man like Ice Prince o. Even if he physically sees another man on top of his girl he'll say the man fell inside her.