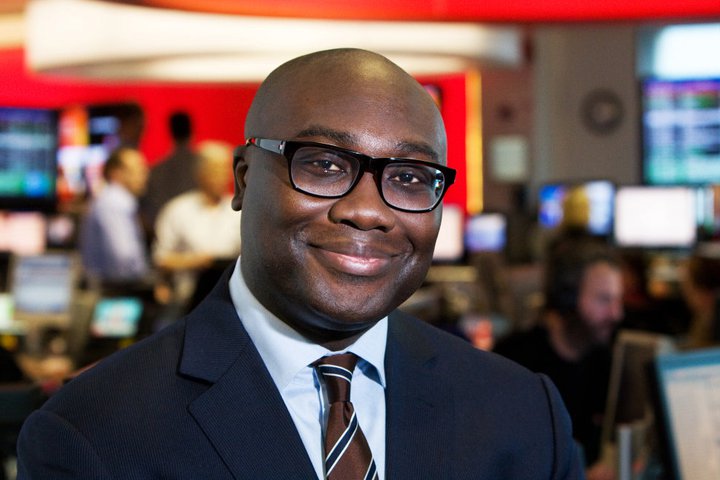 The first time I interacted with him was at a Sociology group discussion and Komla absolutely blew me away with his knowledge and eloquence. I sat and listened to him in awe. In the end, I felt so intimidated that I decided not to participate in any study he was involved in

Those were the words of Kwansema Dumor, widow of the deceased BBC broadcaster, Komla Dumor, recounting how she met her late husband as she delivered her tribute at the burial service held at the forecourt of the State House in Accra. Aged 41, the Boss Player passed on on Saturday January 18, 2014 at his home in London.

At BBC, an award; BBC World News Komla Dumor Award, has been launched in his name, to which, a Ugandan, Nancy Kacungira was the first recipient.

In Ghana, the Komla Dumor Center for Broadcast Journalism has been inaugurated in his memory at the African University College of Communications (AUCC) in Accra.

EIB’s Starr 103.5 FM has also named its Newsroom as Komla Dumor Newsroom to honor his memory. 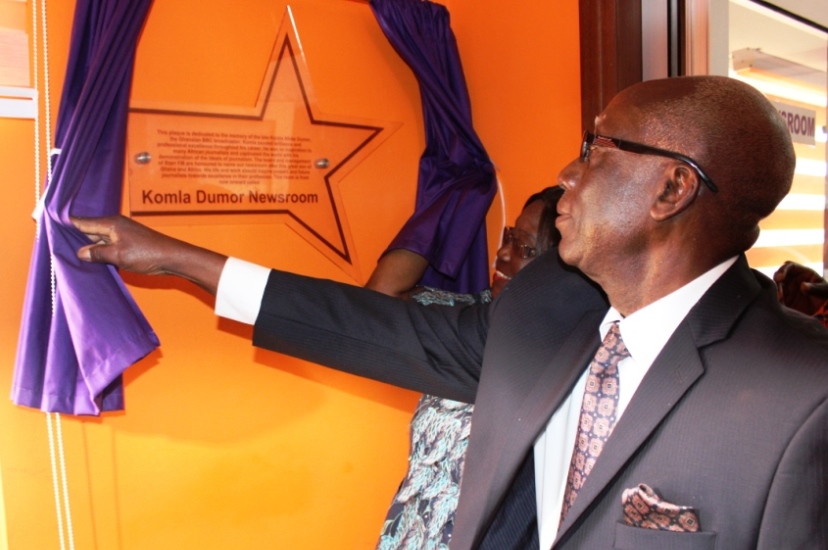 He was married to Kwansema Quansah, a lawyer, in 2001 who survives him, along with their daughters, Elinam Makafui and Emefa Araba, their son, Elorm Efadzinam, and siblings, Ernest, Mawuena and Korshie.