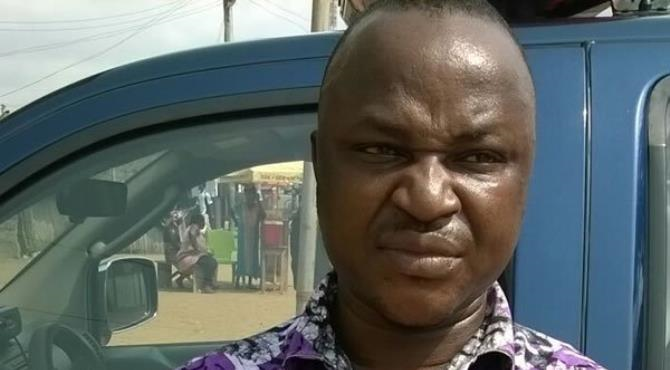 42-year-old Anthony Tameklo, a clearing agent at the Elubo border has been arrested by police in the Jomoro District of the Western Region for allegedly defiling his 17-year old daughter. The girl is currently on admission at the Half Assini Government Hospital, where she is expected to be examined and treated. According to an account by the victim, this is how the whole incident happened.

Mr. Tameklo has been having sexual intercourse with his first daughter twice or thrice every week from 2013 until now.

It all started when she was sent from her mother’s place in Aflao to Elubo in 2013 to stay with her father. Upon arrival, her father enquired if she had a boyfriend, to which she replied no. The father then said sleeping with her was the only way to know if she was lying or not.

Since then, the child has suffered this ordeal under her father and bled most of the time after their intercourse. At any sign of resistance, she was mercilessly beaten by her father. There were times the man gave her sleeping pill so that he could have his way with her.

At a point, she reported her ordeal to her mother who visited Elubo periodically, which led to a fight between both parents and the father denying the act. Mr. Tameklo threatened to cut off one of his daughter’s ear if she ever mentioned the incident to her mother again.

According to Police account, the victim has a lot of assault marks all over her body with a swollen right arm as a result of an “electric wire” used by her father to beat her before their last sexual encounter on January 10th.

Anthony Tameklo, admitted the offence and blamed it on his “unstable” wife and also on a spiritual attack from his enemies.

According to him, he realized what he was doing was evil and devilish and asked his pastors for deliverance just when the police arrested him.