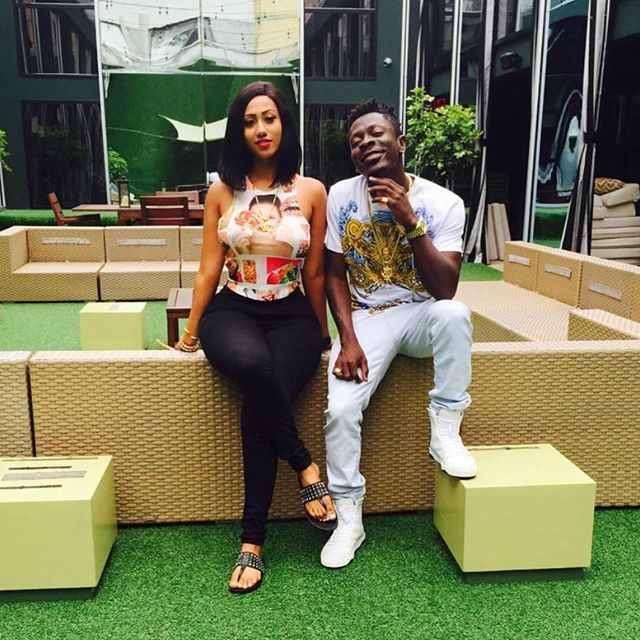 In a recent interview with Doreen Avio of Joy News, Shatta Wale has opened up on his relationship with Kenpong’s ex wife, Hajia4real as well as his baby mama and the state of his daughter.

According to the SM4lyf boss, he is actually married to his baby mama and his baby, Majesty, is doing well.

He also debunked rumors circulating in the media that he is dating Kenpong’s ex wife, Hajia4real.

Hajia is like a godmother to me, she likes me very much. She always wants to do things for me every time I’m in the States. We actually have to be in Miami but She always wants me to be around her. She feels I’m real, that’s what she tells me every time.  No, no.. I’m not dating her, she’s my mummy.

Rumours of their relationship started circulating when Shatta Wale was pictured shopping with Hajia in the States last year. He also mentioned her name in his HOL’ IT song which got a lot of people to actually believe that there is a relationship going on between them.