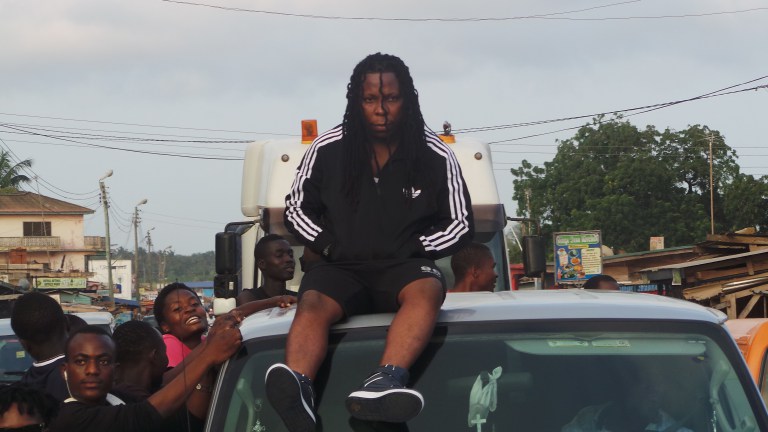 Rapper, Edem has expressed his interest to host the 2016 Vodafone Ghana Music Awards. He made his intentions known through social media posts on both his Twitter and Facebook pages.

I THINK I WOULD MAKE A GREAT HOST FOR THE 2016 GHANA MUSIC AWARD…WHAT DO YALL THINK. @CHARTERHOUSE SHOULD REACH OUT LETS MAKE IT HAPPEN

I THINK I WOULD MAKE A GREAT HOST FOR THE 2016 GHANA MUSIC AWARD…WHAT DO YALL THINK. …CHARTER HOUSE SHOULD REACH OUT LETS MAKE IT HAPPEN

This sparked interest and got people asking questions. One of these questions came from Live FM’s Programs Manager, Giovanni Caleb on Twitter. He wanted to know the reasoning behind the decision and what he was going to bring to the stage of the most prestigious Awards show in Ghana.

@iamedem @Charterhouse can I ask why this interest sir? What inspired this decision EDEM? What difference are u bringing on board?

Edem believes his sense of humour together with his public speaking skills will make him a great host if he gets enough rehearsal time.

I have good sense of a humor. . fair grip over Public speaking..With intense dress rehearsal i should do fine Sir. https://t.co/mIWHep2ybx

Whether that is true or that is enough to get him the gig, that’s for Charterhouse; the Awards organizers to decide. If Edem does get the job, he won’t be the first musician to have hosted the event. Eazzy hosted it twice in 2013 and 2014 both times with K.O.D.

Charterhouse made the call for entries for the 17th Edition of the VGMAs on New Years Day so the journey towards this year’s awards have began and we will keep you informed.